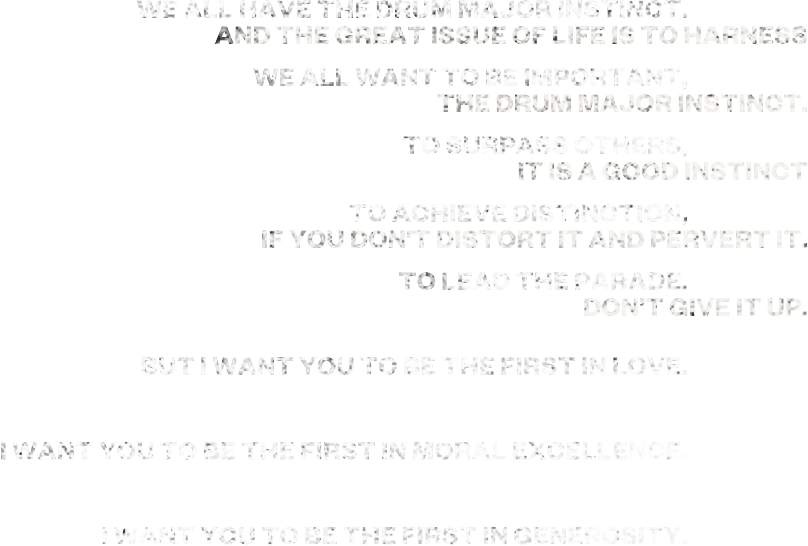 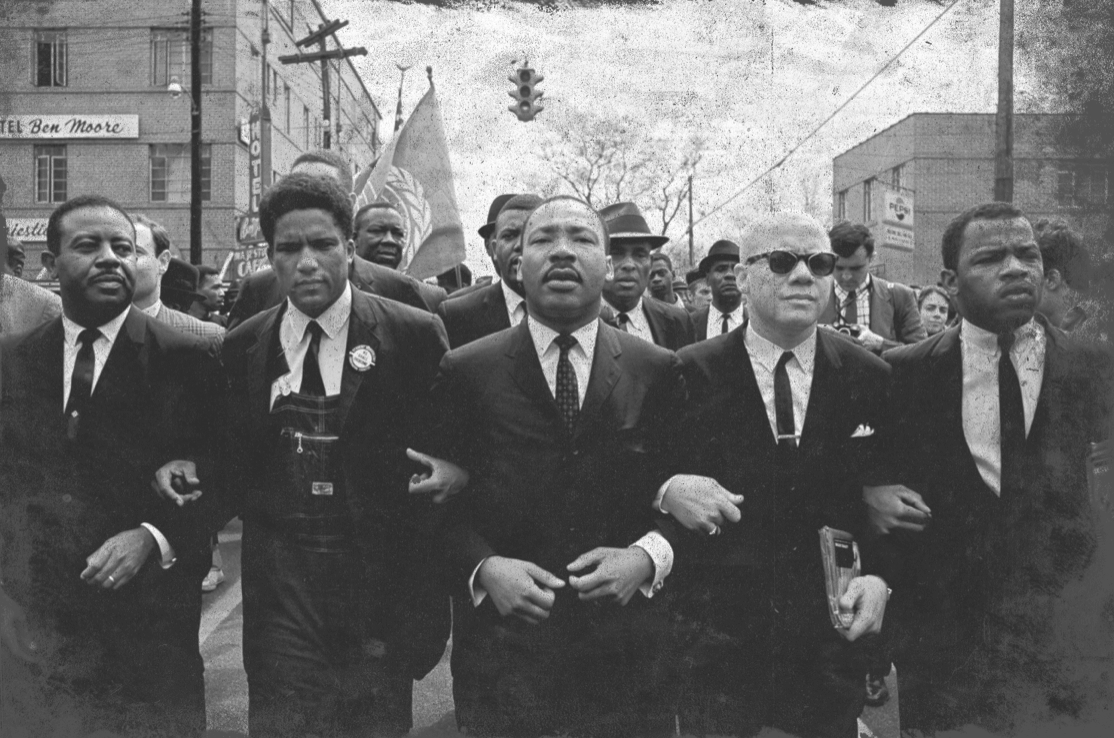 MARTIN LUTHER KING  was an American Baptist minister and activist who became the most visible spokesperson and leader in the civil rights movement. He is best known for his role in the advancement of civil rights using the tactics of nonviolence and civil disobedience based on his Christian beliefs and inspired by Mahatma Gandhi. 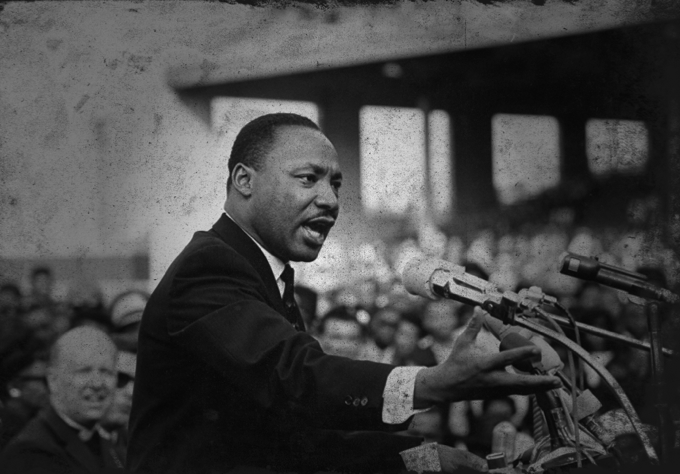 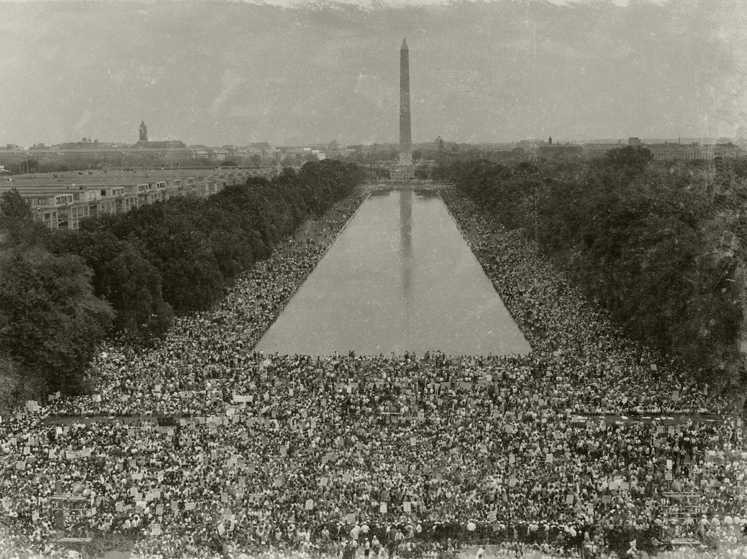 In 1963, in the wake of violent attacks on civil rights demonstrators in Birmingham, momentum built for another mass protest on the nation’s capital. Some 250,000 people gathered in front of the Lincoln Memorial in Washington, D.C. 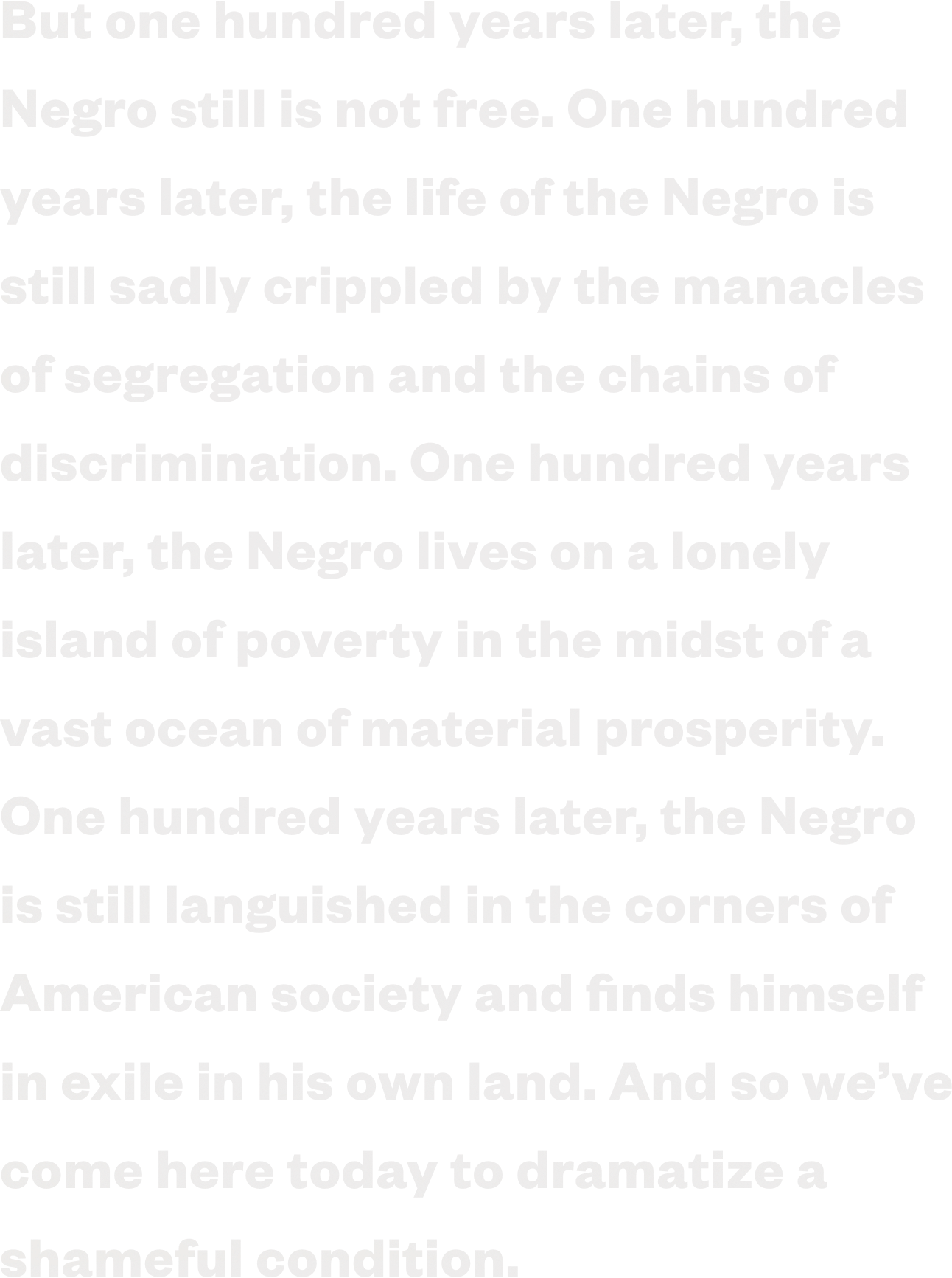 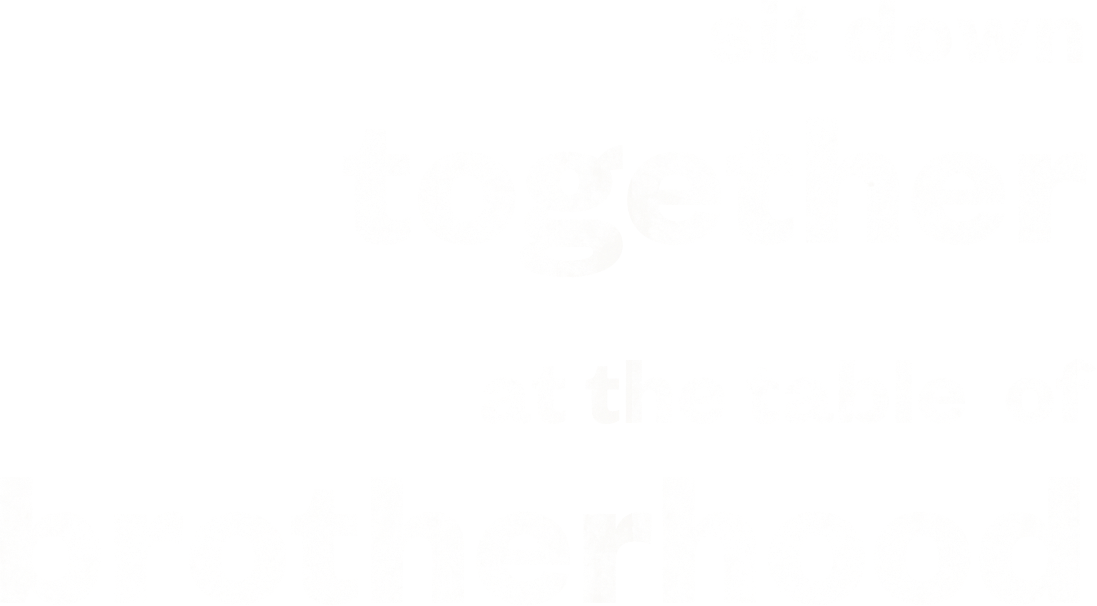 On April 12, King was roughly arrested with other marchers, while thousands of African Americans dressed for Good Friday looked on. King was met with unusually harsh conditions in the Birmingham jail.

An ally smuggled in a newspaper from April 12, which contained "A Call for Unity”— a statement made by eight white Alabama clergymen against King and his methods. The letter provoked King, and he began to write a response on the newspaper itself.

The letter, also known as The Negro Is Your Brother, defends the strategy of nonviolent resistance to racism. It says that people have a moral responsibility to break unjust laws and to take direct action rather than waiting potentially forever for justice to come through the courts. 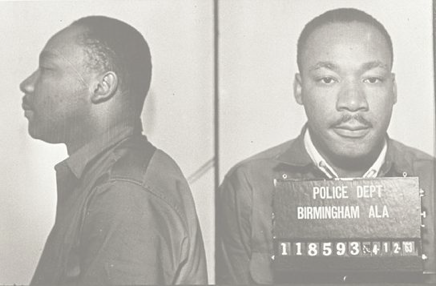 I have almost reached the regrettable conclusion that the Negro's great stumbling block in his stride toward freedom is not the White Citizen's Councilor or the Ku Klux Klanner, but the white moderate, who is more devoted to "order" than to justice; who prefers a negative peace which is the absence of tension to a positive peace which is the presence of justice; who constantly says,” I agree with you in the goal you seek, but I cannot agree with your methods of direct action”, who paternalistically believes he can set the timetable for another man's freedom; who lives by a mythical concept of time and who constantly advises the Negro to wait for a "more convenient season."

Acting on James Bevel's call for a march from Selma to Montgomery, King attempted to organize the march to the state's capital. The first attempt to march on March 7, 1965, was aborted because of mob and police violence against the demonstrators. This day has become known as Bloody Sunday and was a major turning point in the effort to gain public support for the civil rights movement.

King next attempted to organize a march for March 9. King led marchers to the Edmund Pettus Bridge in Selma, then held a short prayer session before turning the marchers around.

The march finally went ahead on March 25, 1965. At the conclusion of the march on the steps of the state capitol, King delivered a speech that became known as "How Long, Not Long." 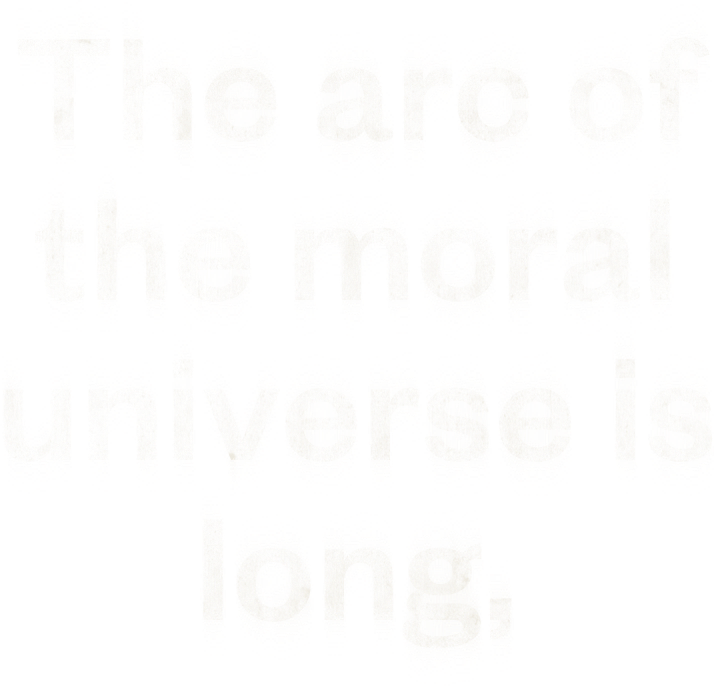 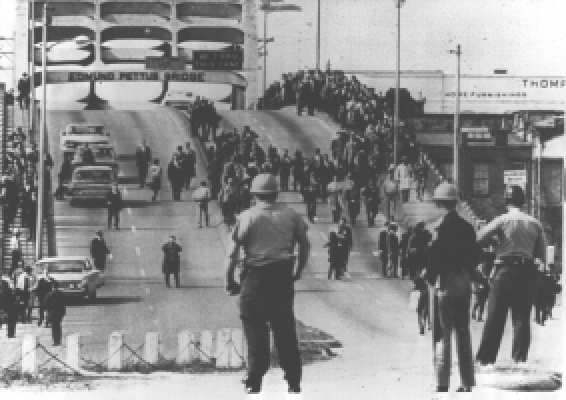 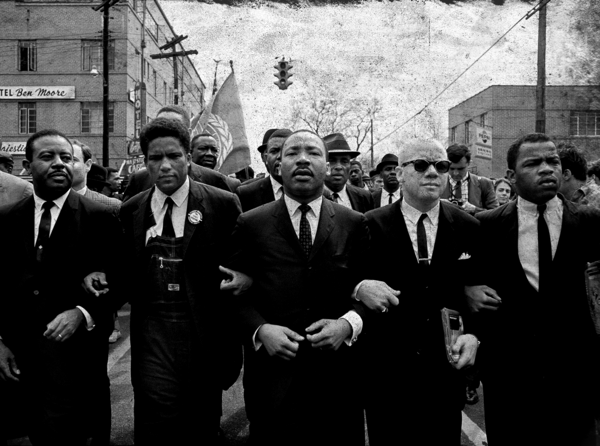 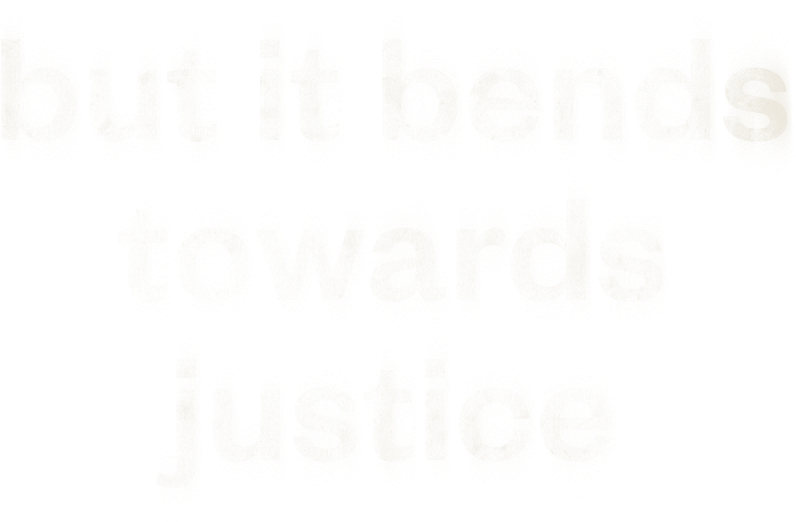 King's death was followed by riots in many U.S. cities. He was posthumously awarded the Presidential Medal of Freedom and the Congressional Gold Medal. Martin Luther King Day was established as a holiday in numerous cities and states beginning in 1971, and as a U.S. federal holiday in 1986. Hundreds of streets in the U.S. have been renamed in his honor, and a county in Washington State was also rededicated for him.

"All tyrants, past, present and future, are powerless to bury the truths in these declarations, no matter how extensive their legions, how vast their power and
how malignant their will.
This page was created as a passion project by Walker Reed.

The images and writing have largely been borrowed from MLK's  speeches and public domains. The illustrations and layout are original.

Inspired? Consider a donation to the Equal Justice Initiative.